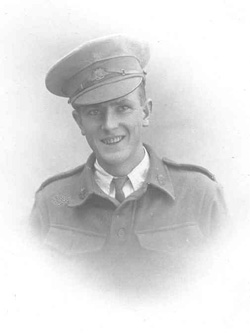 Here's some information about my great uncle William Foulkes. I have also attached a photo of him and a copy of some letters that he sent home to his sister.

Worked for a short time as a cordial bottler at a factory in Newcastle. On 1 December 1915, at age 18, enlisted in the Australian Imperial Forces (AIF) and appointed to C Company 35th Battalion as a Lance Corporal.

Fought in the Battle of Messines at Etaples, France in June 1917.
Wounded in action on 8 June 1917 (gunshot wound to the right thigh).
Transferred to England on 10 June 1917 and admitted to Southern General Hospital, Birmingham.

Killed in action on 12 October 1917 at Passchendaele Ridge, Ypres, Belgium during the Third Battle of Ypres. His body was never recovered.

"On October 12, 1917 the II ANZAC Corps attacked Passchendaele. Although some of the forward units reached the outlying buildings of the village they were forced to fall back. During the eight week period leading up to and including the attack on Passchendaele the AIF suffered the most severe casualties for any period during the war with a total of 38,000 casualties, which resulted in a reinforcement crisis that was never overcome. The AIF was withdrawn from the Ypres area before Passchendaele was eventually captured on 10 November 1917 by the 1st Canadian Division."