Between 1858 and 1870, ports in Great Britain and Ireland were required to record details of individuals who travelled there from North America. This was due to concerns over the threat of an uprising in Ireland by the Fenians, who had many supporters in America. Our Transatlantic Migration index contains the names of just under 42,700 individuals who travelled from North America to Great Britain and Ireland during this period. 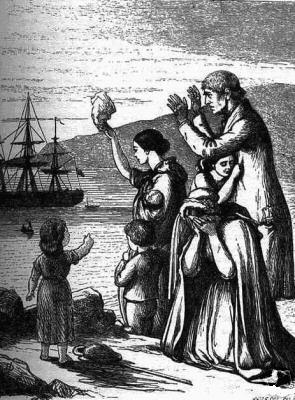 Emigration is part of the Irish experience and many Irish emigrants continued to pass through Irish and British ports well into the late 19th and 20th centuries.

Early New World settlers were of great concern to their home country and were reported on in parliament. One record set relating to the early nineteenth century settlement of western Canada is the 1826 Parliamentary paper.