High quality search
Our global search has been developed to give you total control of your results in one page, from a town to the whole world.

Buy credits or subscribe
We have got you covered with our flexible range of packages and credit offers.

Learning resources
Our help documents will guide you through your research, giving you insights and techniques

"All human life is here: from a man who decided one day to walk round the world in an iron mask, to bullet-stopping corsets and the art of wide-sleeved shoplifting - this is a digital treasure chest." 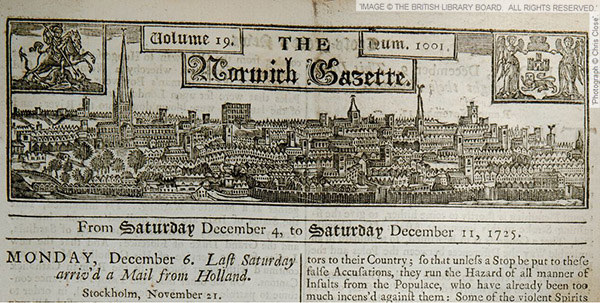 For the past three centuries, newspapers have reported local color, national tragedy and opinions that reflect the time. The evolution of newspapers has long been a craft of national obsession with local publications in almost every small town to the advancement of digital versions with breaking news at every minute. The history documented by newspapers is a vital resource for all genealogists.

Accurate digital copies of respected newspapers found through findmypast.com.au are unparalleled resources for finding ancestry outside of government documents.

Family historians are no longer limited to tedious research in a local library or traveling overseas to trudge through microfilm. Essentially newspaper resources from a few centuries ago are available in the same way as modern print publications.

Newspapers are unofficial resources that by design will give the full picture of an event with names, details and unexpected anecdotes. Ancestors may appear in unexpected places: the bride that ran off with the groom’s brother, an aunt that is missing from census records shows up in another state’s county fair proclamation, business dealings that are the talk of the town, and court notices about a dramatic win.

Newspapers are an important resource for an ancestry search with absent civil records. Obituaries are possible substitutes for death records, as well as a detailed account for how an ancestor lived. Marriage announcements are especially important for states that did not record ceremonies until the 20th century. Birth records are another obvious celebration found in newspapers; however possibilities are endless when thinking outside of the proverbial box.

What can I find in findmypast.com.au's Newspapers?

Each community had a newspaper that caught daily lives, historical events that touched the world and opinion of the day that may shock for its antiquity or recall ideas that echo that of the modern world we live in. Unlike modern newspapers that emphasis a report with an air of objectivity, the first newspapers made no such effort. This also means that newspapers cannot always claim complete accuracy or to be free of bias.