The Defenders of New Zealand and Maori History (1887) comprises of two sections. One is a biographical record of New Zealand colonialist defenders, by Thos. Wayth Gudgeon. The second is an account of the war from a native perspective by Lieutenant-Colonel McDonnell, which includes portraits and colour drawings.

The larger part of the set, 'The Defenders of New Zealand' is a 'short biography of colonialists who distinguished themselves in upholding her Majesty's supremacy in these islands'. It briefly examines the lives of many early New Zealand colonialists and gives an account of their role in the Maori Wars. Almost all of the biographies are accompanied by a sketched portrait.

The second section is written by Lieutenant-Colonel McDonnell, for Kowhia Ngutu Kaka, a Maori Chief. It is an account of early colonisation from the chief's perspective. McDonnell has simply repeated his view point and has 'studiously avoided giving my own impressions. What I have written are merely Maori ideas, and what I know to be such'. Also included is a list of New Zealand medal receivers.

These records give a very accurate account of early colonisation in New Zealand and the Maori wars from both the colonialist, and the Maori perspectives. A fascinating and extremely useful record for New Zealand family, local and war historians. 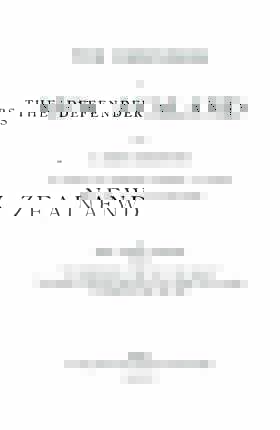