This book was published in 1921 because of a request made by the New Zealand government to provide the general reader with a descriptive and informative account of the movements and engagements experienced by The New Zealand Division during the First World War.

Written in narrative form, the information was derived from a wide range of records which were used to create an historically accurate account of the experiences of The New Zealand Division. These records include war diaries from units within the Division, operation orders and summaries, as well as personal diaries, private letters, and despatches to name a few.

Divided into 17 chapters, the book documents the different battles and movements of The New Zealand Division, such as the Battle of Stomme in 1916 and the Battle of Messines. Illustrations are included throughout the book, providing a wider glimpse of the experiences encountered by the Division. 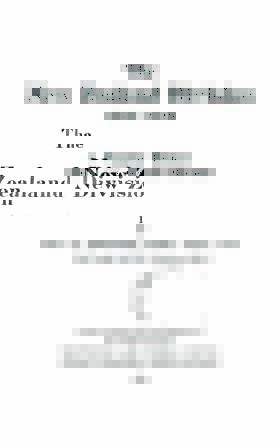