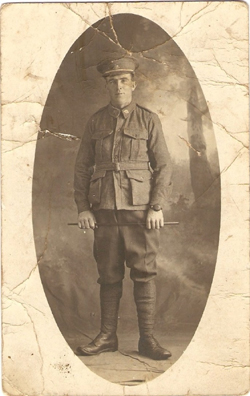 Peter Lafranchi was born 21st June 1888 in the Lafranchi Homestead at Deep Creek in Victoria Australia.

Peter was the 9th child of Giulio Battista Lafranchi who travelled from Switzerland for the Gold Rush and Ann Bridget Phelan, born of Irish parents in Geelong Victoria.

Peter joined the Australian Imperial Force on 12th January 1916. He was in the 22nd Battalion and was KIA in France 3rd May 1917. Peter Lafranchi is remembered with Honour at Villers-Bretonneux Memorial.