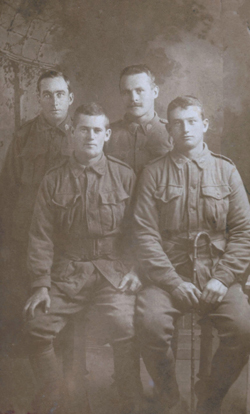 My great Uncle Will was killed at Lone Pine in August 1915 - my grandmothers' brother much missed. He had been wounded several times and after recovery rejoined his unit. By his letters home he was at some time a member of the Military Police (how official I don't know, probably just a field appointment). He and all the others who took part in these actions were heroes.

Our photo is of a collection -band of brothers- of some of the Burrenjuck Boys who joined up together. Will is on the right with the cane.