by Les and Jude McKendry 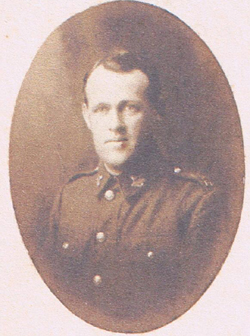 His first battle came after the New Zealand Division relieved the 21st Division (British) in Polygon Woods and the NZEF attacked Polderhoek Chateau on the 3 December 1917. Jack’s Company was held in Support and for possible Counter Attack occupying rear trenches then moving forward once the attack begun to occupy the forward trenches.

This battle was not considered a success due to the large proportion of reinforcements amongst the men and Officers and all still lacking adequate training. Local weather and ground conditions would also not have assisted the attacking troops.

On the earlier morning of 25 August the 1st Battalion started their attack from a line joining Grevillers and Biefvillers.

The attack started at 5:00 AM with a creeping Artillery Barrage and was assisted by 16 tanks and as it happened a heavy ground mist and all objectives were taken by 7:00 AM.

Jack however was killed, from the account of another soldier who recognised his body he lay beside the railway line heading to Bapaume and appeared to have been killed by a single shot to his head rather than from machine gun fire which had claimed a number of the Canterbury Casualties that day.

Along with other casualties Jack was initially buried along side the Bapaume Avenes Railway and subsequently re-interred in the Beaulencourt British Cemetery, Ligny-Thilloy to teh south of the village of Bapaume.

Photo on right of Jack Jacobs 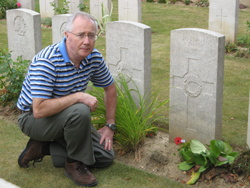 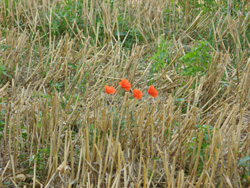