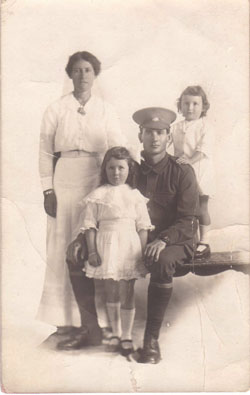 Tragically, Theo was killed the following month on 30 May 1916. He is buried at the Military Cemetery, Rue Petillion, France (Plot 1, Row H, Grave 34).