This is my paternal grandfather Charles Randall who served with the 1st NZEF from May 1917 to September 1919. He was drafted in Dunedin and shipped up to Featherston and then Trentham for basic training with the 29th reinforcements. He sailed from Wellington on 15th August 1917 with the second draft on NZTS No-92, SS Ruahine. They transited via the Panama Canal coaling at Colon and again at Halifax where they joined up with a convoy with Canadian and American troop ships. The passage was not an idle one as in his diary he states that the troops put in some long and dirty hours helping the engine room staff trim coal in the ships bunkers, cleaning deck brass work and lookout duties.

They disembarked at Glasgow on 2nd October 1917 then moved by train down to the main NZ training camp, Sling Camp, in Wiltshire, which even he says was a pretty rotten place. They were shipped to France on 11th January 1918 joining the NZ reinforcement camp at Etaples and then joining the 10th Company, 1st Battalion, and The Otago Infantry Regiment at Poperinge.

He finally ended up back with the 10th Company, 1st Battalion on the 14 October 1918 and the battalion moved back onto the front line on the 21st. An attack was made by the NZ Division to capture bridges on the Ecaillon River on the 23rd October. The 1st battalion of the Otago's were part of the opening attack and by night fall were taking up holding positions near Solesmes.

At some time during the evening Charlie was hit by a rifle bullet passing through his right cheek and out through his mouth taking several teeth with it. Charlie was embarked on the Ambulance Transport Ship No-217, SS Zealandic, which sailed from Tilbury Dock on 18th January 1919, passing through the Panama Canal and arriving in Wellington on the 26th February 1919. The ship was kept at anchor in the harbour for several days much to the troop's displeasure and when a party of VIP's and senior officers arrived onboard they were greeted with some pretty heavy "booing" and other unpleasant comments and the ship was then finally docked. He was on Convalescent leave until released from the army on 8th September 1919.

The photo above is Charles Randall. 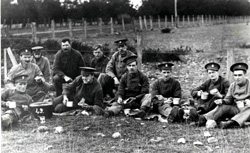 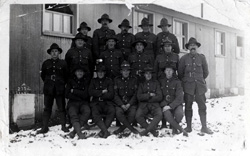 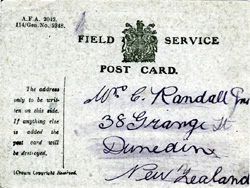 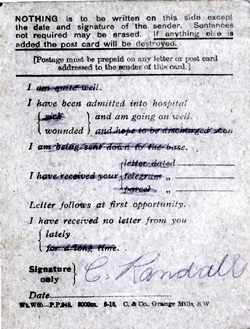 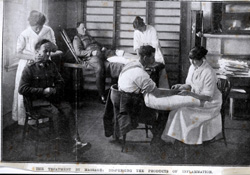