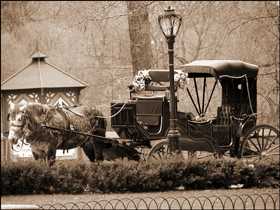 Do you have ancestry in Queensland?

This is an index to the Queensland Supreme Court, Southern District, Brisbane series SCT/CJ covering the period 1901-1906 (SCT/CJ1 - SCT/CJ36) which is held at the Queensland State Archives. This series of Court records contains documents referring to Originating Matters that are heard in Chambers (which means that the proceedings are not open to the public) rather than in Open Court.

It includes matters where the principal question is the construction of an Act, statutory instrument, deed, will, or other document, or some other question of law, and where there is unlikely to be any substantial dispute of fact (Supreme Court definition, 1994). Some of the matters that can be included are: summons for maintenance, application for custody, summons to commence action, protection orders, Court of Criminal Appeal summons, applications for bail, insanity and intestacy matters, appeals from District Courts, matters relating to deed polls, mercantile securities and deceased persons estates. It should be noted that in applications for bail, the whole trial proceedings are usually included.

Most of the information has been recorded in full, for easy use but there are a few abbreviations:

The notes include (where known) dates of birth, death and marriage; relationship to the person named in the summons; type of record e.g. application for bail, bill of costs, bill of sale, civil and criminal proceedings, divorce, land sale, liquidation, mortgage; type of person named e.g. beneficiary of will, creditor, defendant, executor, lunatic, mortgagor, mortgagee, plaintiff, trustee, witness. Originals or copies of birth, death and marriage certificates are often included in the summons papers.

"What information will I find on my ancestors in this database?"

So, if you're exploring your family history and have ancestors from Queensland, this genealogy tool is an absolute must for anyone building their family tree.