The Johns Notable Australians 1906 (Fred Johns 1906) is the first book of its kind to be issued since Federation. It is the forerunner of what became Australian Who's Who - effectively the first edition of this.
Arranged alphabetically apart from a special section dealing with government of Australia and each of the states. It has approximately 1300 brief biographies of men and women of the Commonwealth. It also has a list of 'Notable Dead' at rear. 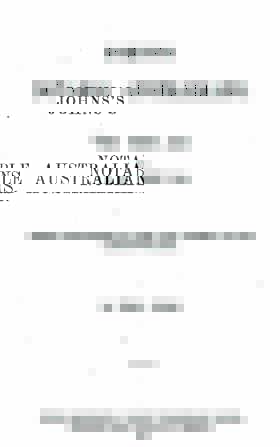